Those who were not able to play in the Spring Match missed a very good day of golf - 12 players with 9 scoring over 30 points! It was overcast all day, and the rain held off, so conditions were really good for golf.

1st on the day, and winning the Captain's Trophy was Dave Howson with 39 points, followed up by Allyson Golland and Roger Holmes, both on 34 points. (for those of you asking, Dave plays twice a week at The Lincolnshire, and has a very active handicap)

There were two 2's, both made by the Captain, Keith Barnes.

Many thanks to everyone who was able to come along, and to you all for your support. I will be in touch for the Past versus Present match on 4th July in a few weeks' time. Dave Harness 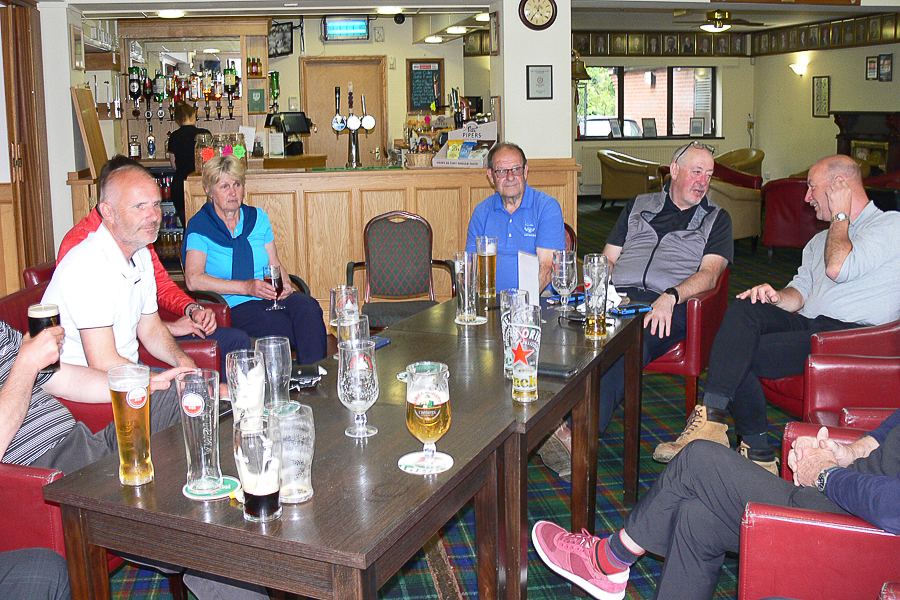 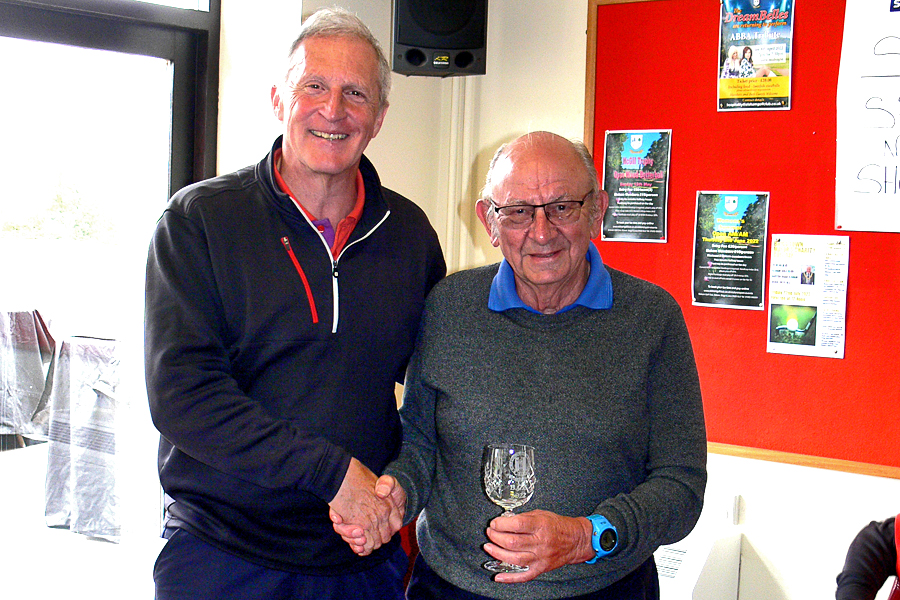 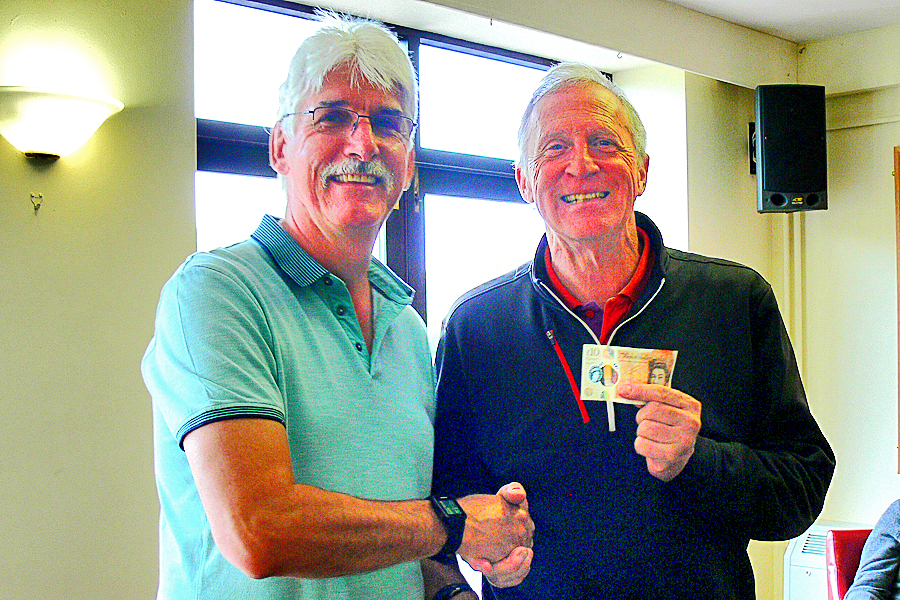 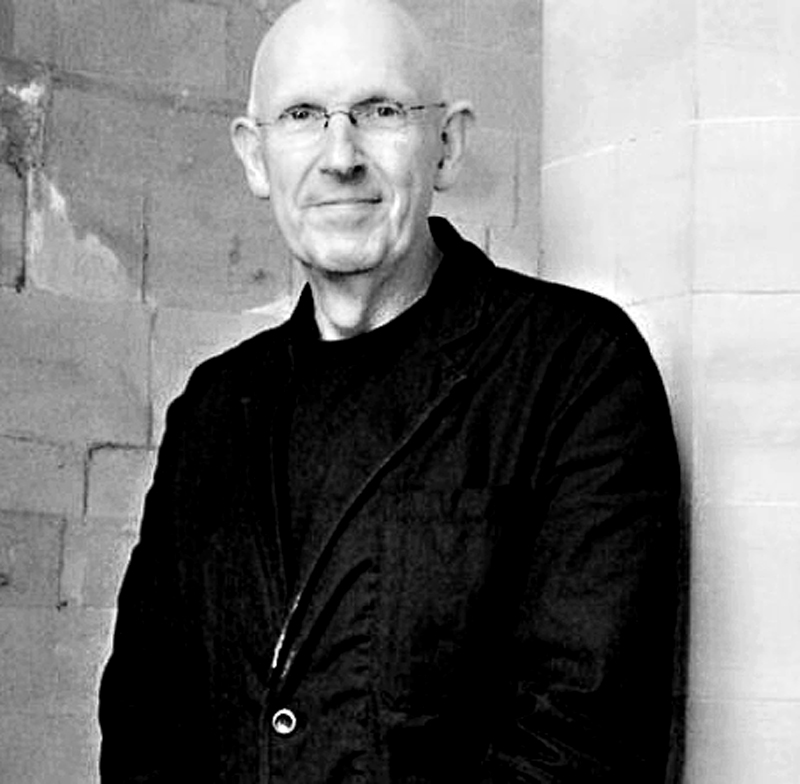 It is with great sadness that we report the death of Mike and add our condolences to the flood of messages regretting his passing.

David Horsley: Mike was a year ahead of me at Brigg, but we spent a lot of time together as members of the Bird Watching Group. Initially that was with teacher Ralph Holmes and then when he left a very kind Old Briggensian, Bill Earnshaw, took on the role of taking us out into the field. We covered a lot of Lincolnshire and had odd forays into Yorkshire. Mike was the 'leader' of the younger end of the group, and fairly naturally took over as the sixth formers left. We all had a great interest and our senior mentors helped to foster that in us, but for all of my time in the group bar my final year he was a mentor to me. He always had a great sense of fun and after an early visit to Scotter Common (I think) he decided that all members of the group should be known as “bogger” so whenever we met after leaving school, he was always Bogger Pearson and I was Bogger Horsley. The reason is that our leader, Ralph Holmes, took us into a wetland area of the heath and we all got stuck in mud and got filthy and wet. Of course all of us piled into Ralph's mini countryman and made it filthy too or should I say filthier.

Mike of course was not just a bird watcher. He was seriously into Jazz and the theatre. I remember many weird evenings when he and Rick Weightman were evolving some new theatrical idea. One in particular was us all going to Ferriby - South Ferriby cliff as I remember - overlooking the Humber at dusk. What the performance was all about I can't remember but clearly is was significant on the CV of such a talented Thespian.

He was with me and a large Briggensian contingent on the Lincolnshire Cruise on the Dunera. Mr Knox I think was in charge of us. There was lot's of performing, various bits of music, including Jazz and some theatrical stuff too. The school made a bit of a name for itself in this respect!

After we left school our paths crossed little, but he was a regular at Old Briggensian Dinners and we always reminisced in much the same way as I have been doing. He missed the Dinner which was just prior to the first Lockdown but he and Bizz and I had a long zoom meeting with him just a fortnight or so after. Sadly that was the last time we spoke and as usual we made plans to meet up and go birding again, but sadly it was not to be and I regret that very much. It would have been great to finish as we had started - as boggers again!

Mike Sparling: Very sad news. I had the pleasure of spending a couple of very entertaining hours sitting next to him at the last BGS dinner that I attended. A lovely man who had achieved a lot in his extensive career. He will be missed. My condolences to his wife and family.

David Evans: I met up with Mike in February, for a cup of tea and a chat. Despite his health problems, I was pleased that he was in good spirits at that time.

Credits to the Cambrian News for these quotes

From the university and the land of theatre tributes have been paid to Emeritus Professor and world-renowned theatre practitioner, Mike Pearson.

He became a lecturer at Aberystwyth University's Theatre, Film and Television Studies department in 1997, and was professor of performance studies there between 1999 and 2014.

He also continued to create theatre as a solo artist as well as with artist/designer Mike Brookes. He is also well-known for his work with National Theatre Wales and with senior performers' group Good News From The Future.

Professor Anwen Jones, pro vice-chancellor for the Faculty of Arts and Social Science at Aberystwyth University said: “It was with great sadness that we heard of the death of Emeritus Professor Mike Pearson. His contribution to the world of theatre - as a member of the university's department of Theatre, Film and Television Studies and a progressive producer and director - has been remarkable and put Welsh theatre firmly on the international stage. He was an inspiration to generations of students who studied here at Aberystwyth University, and Brith Gof productions such as Pax and Y Gododdin will be remembered for their striking and challenging visual content, and the exceptional experiences they offered to audiences. We extend our deepest sympathies to his wife Heike, who is also a former member of staff here at Aberystwyth University.”

Professor Simon Banham, head of the department of Theatre, Film and Television Studies at Aberystwyth University, said: “It is no exaggeration to say that Mike's work as a theatre maker and in the field of performance studies has influenced a generation of practitioners both in the UK and on an international stage. Through his productions and his writings Mike's influence has reached a global audience of artists and academics. His work has inspired many of us over the years, those that studied under him or worked alongside him here in Aberystwyth as well as those that collaborated with him professionally, we will always be grateful for that experience.”

The National Theatre of Wales also paid tribute. A spokesperson said: “We are so sad to hear the news of the death of our friend Mike Pearson. A pioneer of Theatre, with an unwavering commitment to ask questions and keep pushing at the edges of what theatre is and can be. His influence is intrinsically woven into our DNA and that of the wider NTW family that has sprung from the foundations he lay as one of the founding artists of NTW. All our love, respect, and deepest condolences to Mike's family at this sad time.”

More than 60 enjoyed the 45th annual dinner hosted by the Briggensians' Association for former pupils and staff.

The chief guest and main speaker was Foreign Office Diplomat Helen Flewker, past pupil, who gave an insight into her life in many very unstable parts of the world and Matt Mosey, Assistant Head and Head of SJN Sixth Form talked about the school's recent battle against COVID and the its many achievements and increasing popularity.

Check out more pictures over on our Facebook page: facebook.com/briggensians 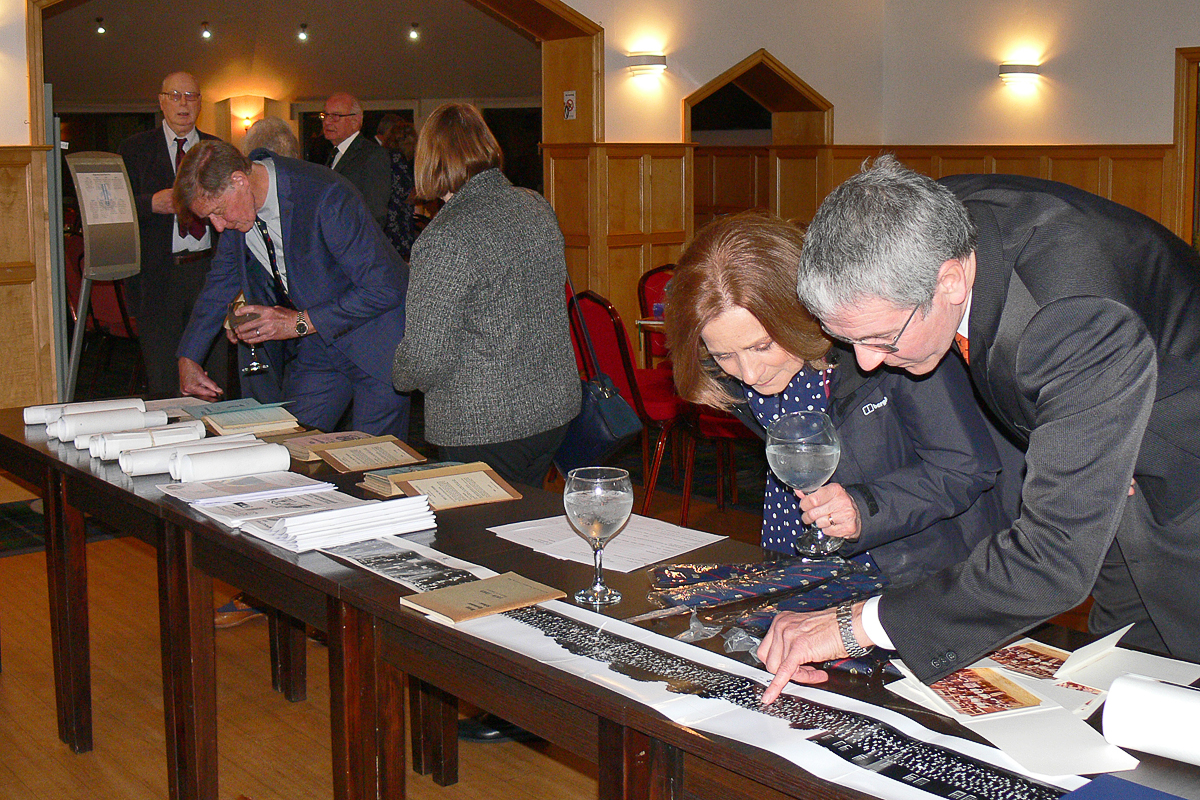 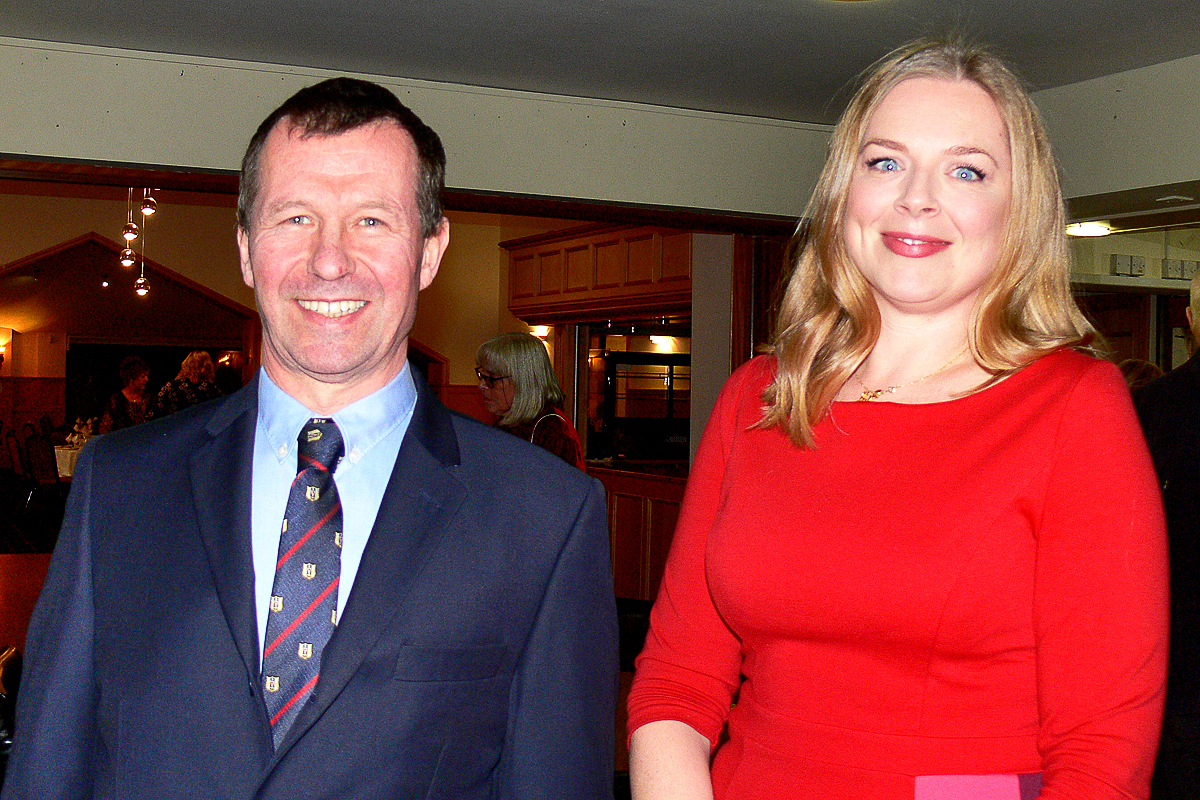 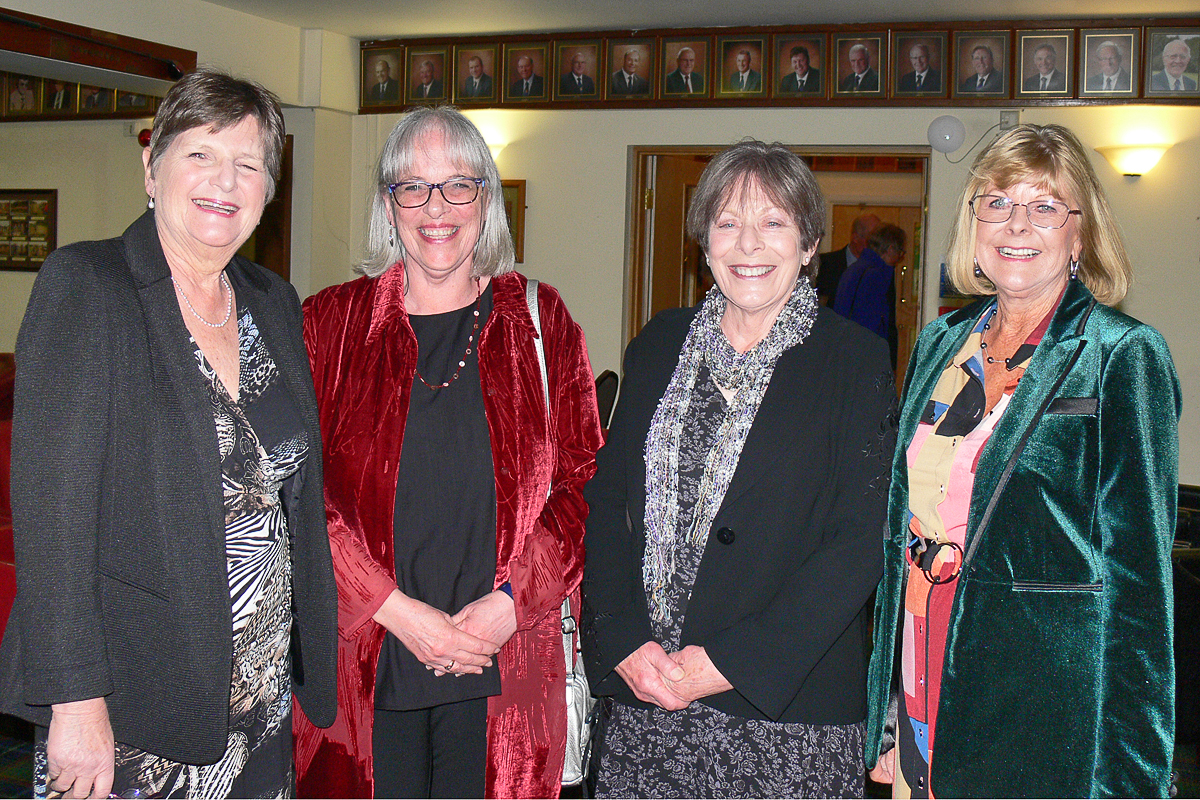 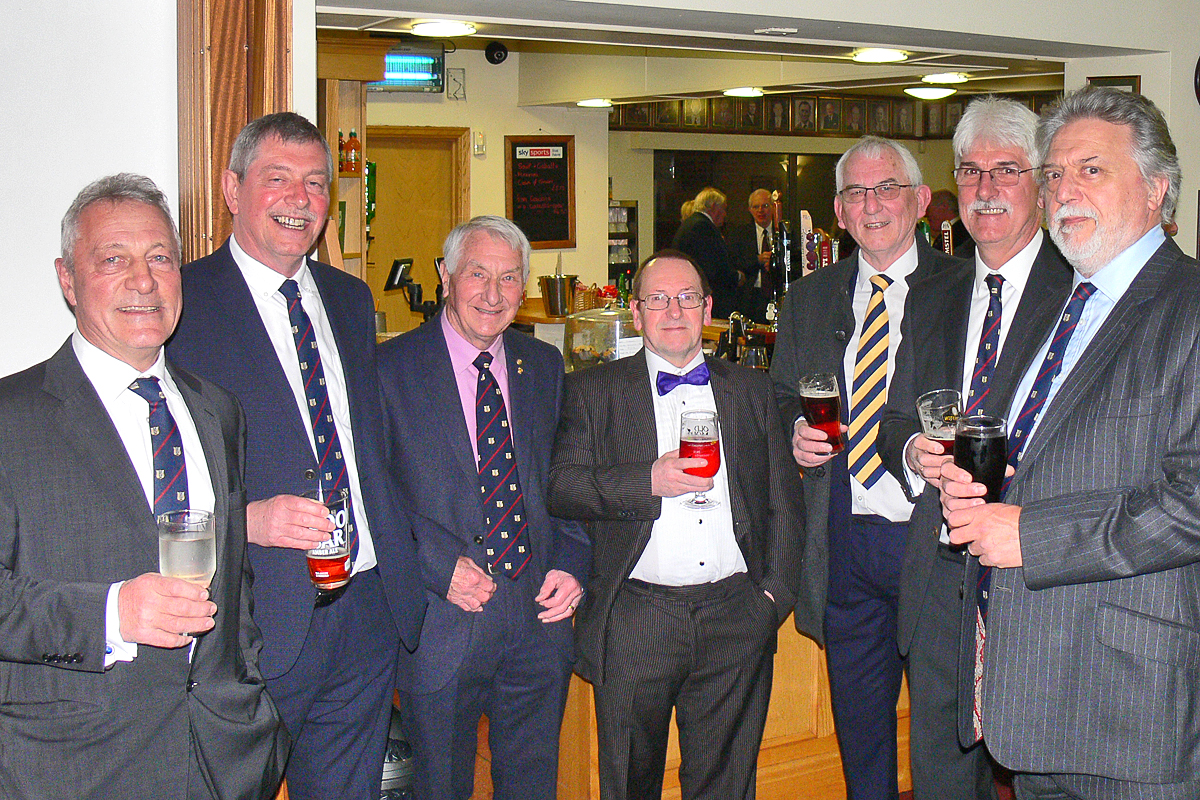 After sixth form at SJN, I went to Durham University to study philosophy with politics. After graduation, I spent a year teaching English in an underfunded secondary school in East Berlin (Hellersdorf) through the British Council.

I joined the Foreign & Commonwealth Office (as it was called then) in 2003. During my first few years in London, I worked in our Training Team and in the Counter Terrorism department, looking at the Middle East and at threats to aviation.

I undertook my first overseas posting to Afghanistan (Kabul) where I worked in the Political-Military Team. After 16 months there, I returned to the UK to work in the Middle East department, focusing on Yemen.

My next posting was to Iran. After 8 months of full time Farsi language training I went to the political team in Tehran. Unfortunately, my timing was dreadful and as a consequence of an attack on the embassy, it was evacuated and closed only two weeks after my arrival! Instead, we opened a small "Embassy in Exile" in Dubai and I relocated there.

Next, was a short (7 month) stint in Saudi Arabia and then a chance to learn new skills as the Trade Attaché at our embassy in Ankara, Turkey.

My most recent job in London was as head of the Saudi Arabia team, during a time of immense change in the Kingdom and some significant challenges to our relationship.

After another spell of full-time language training, I am currently in Bosnia Herzegovina as head of our political team. It's a busy role with current events posing a real threat to the post-1990s peace and stability of the region.

I will be talking about what I’ve learnt about resilience (including picking oneself up after failure) and the importance of interpersonal relations (in diplomacy and through life!)

Many thanks to all those who have contributed towards this edition and especially to Julie Lawson who has been a great help and support this year. You will also find details of the Annual Dinner which is scheduled for Saturday, 19 March at Elsham Golf Club.

The Omicron variant of COVID seems to be in decline now and we are hopeful that a new variant will not come along and disrupt the 2020 Dinner.

Consequently, we are planning for a return to normal by the middle of March.

Stay safe and healthy and I look forward to seeing many of you again at the Dinner.

'Our Place in Time' mugs

The commemorative 'Our Place in Time' mugs are now available to purchase, priced at £5.00 each (plus postage and packing of £3 uk where applicable). For further details please contact Mrs Julie Taylor by email to: julietaylor941@gmail.com

All profit from the sale of the mugs goes directly towards the School's Arts & Culture Centre project.. 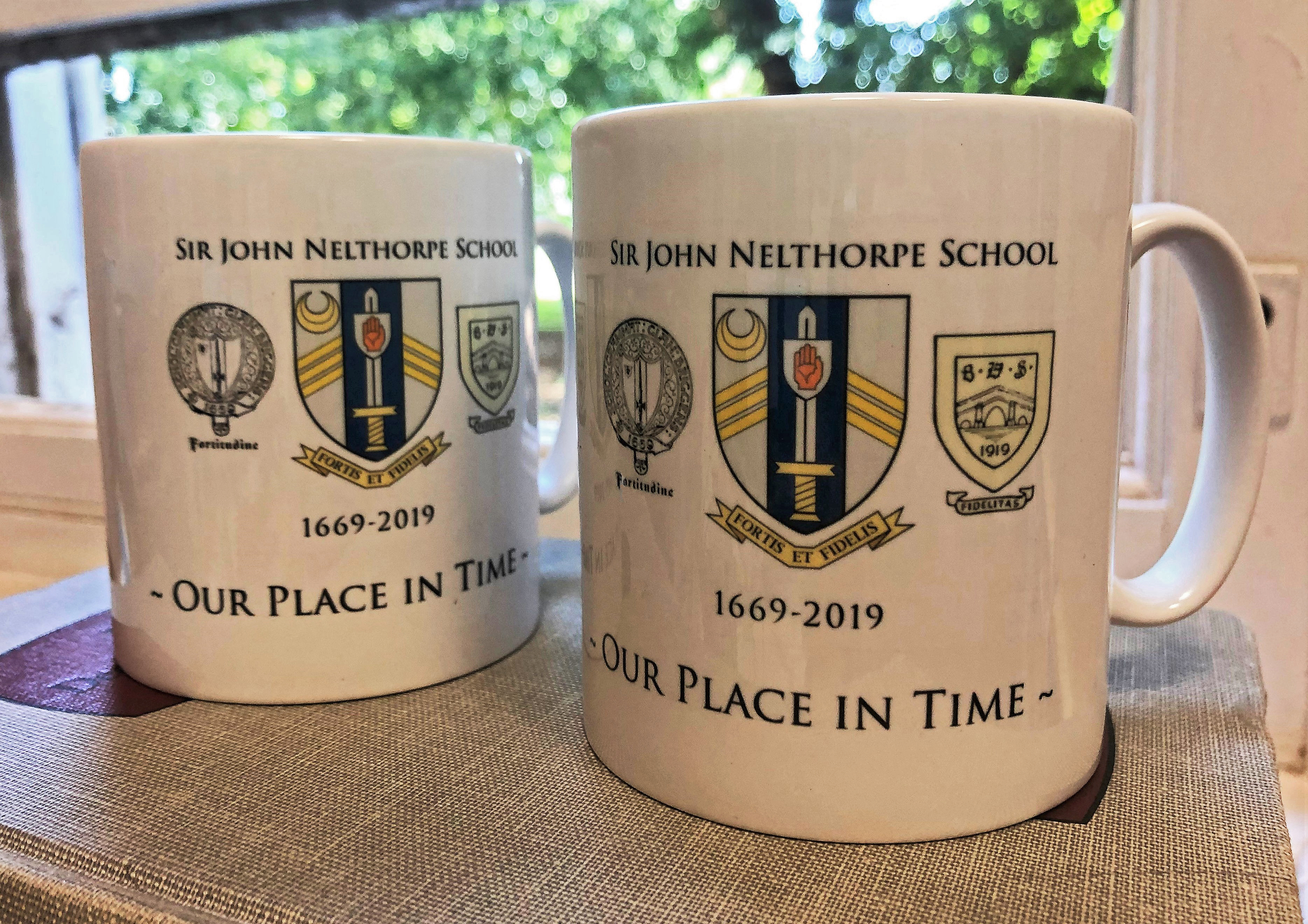 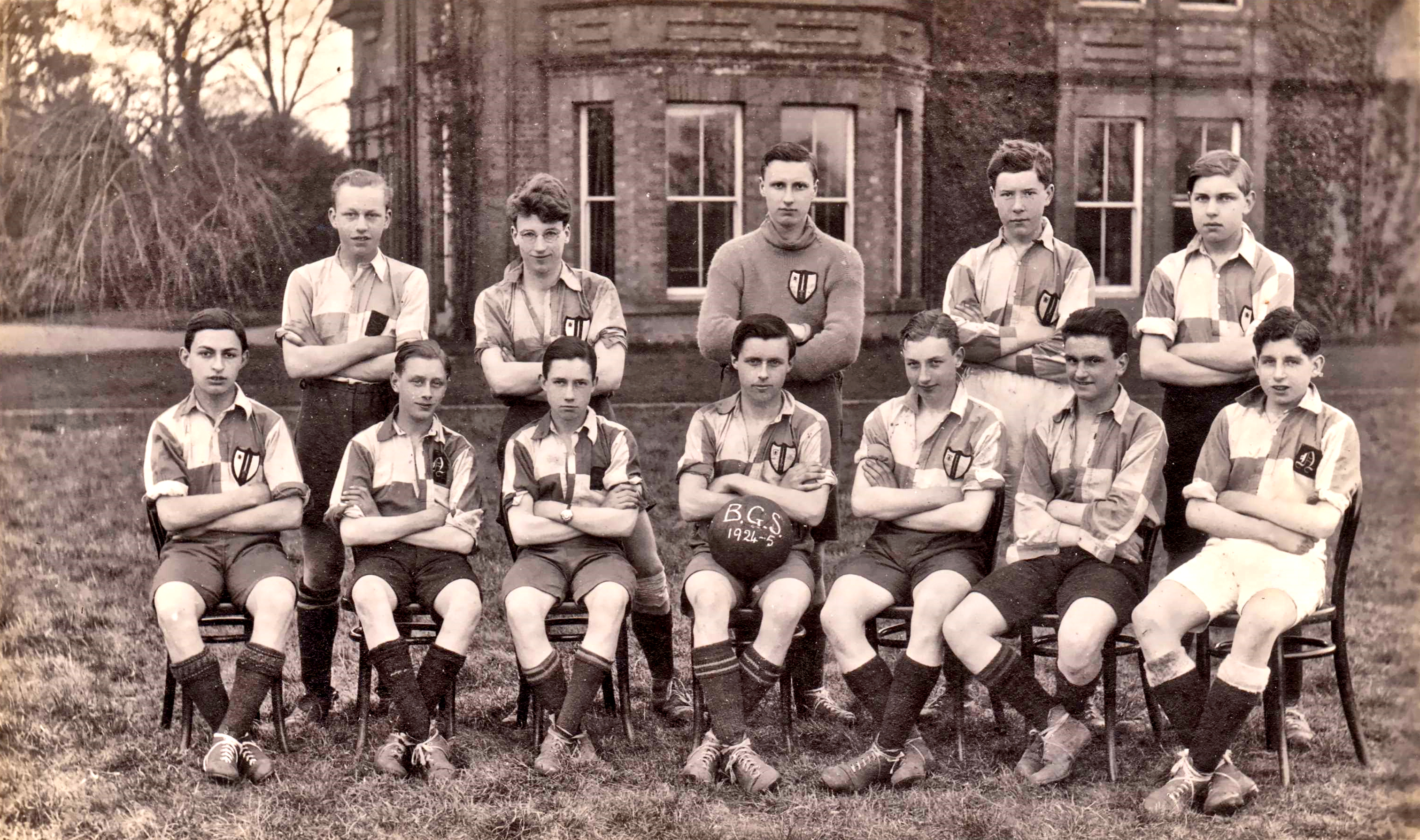 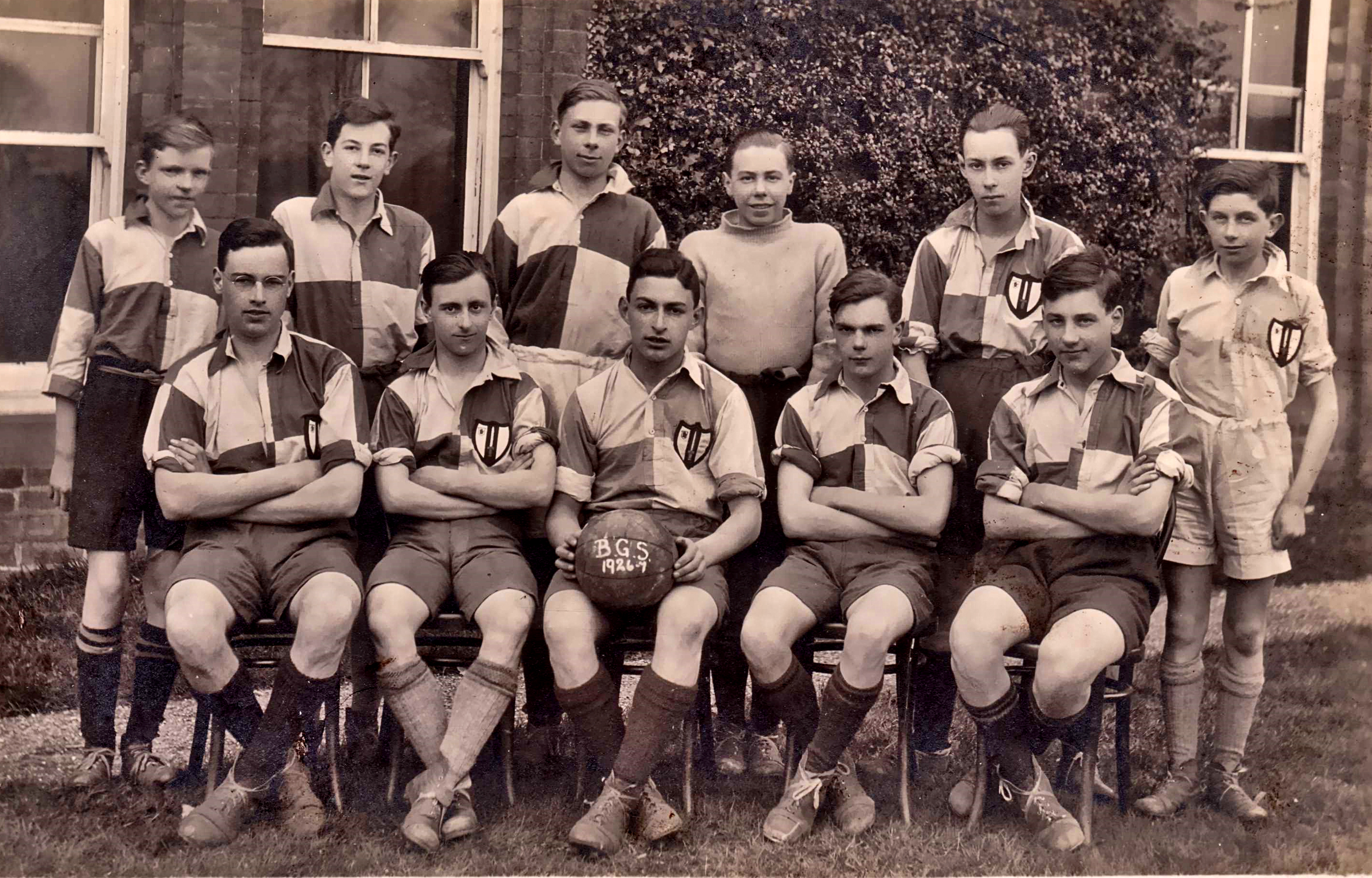 To send us your news or details of reunions, use the e-mail address below.

Send your news to and it will reach the Newsletter and Website editors.

Newsletters are in the Library section.